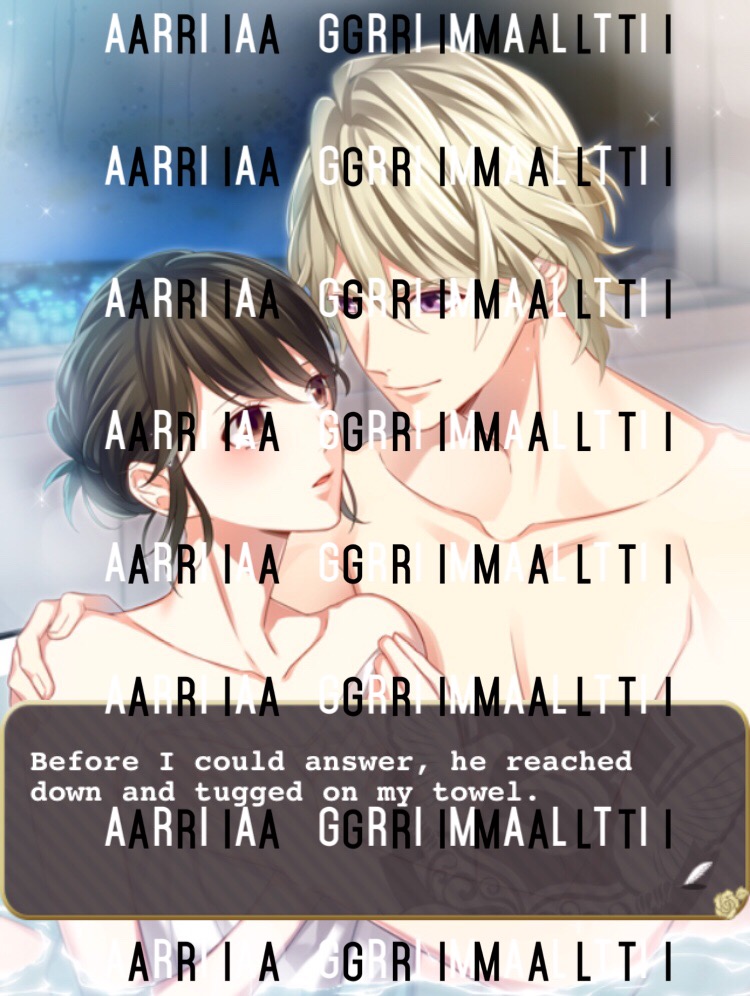 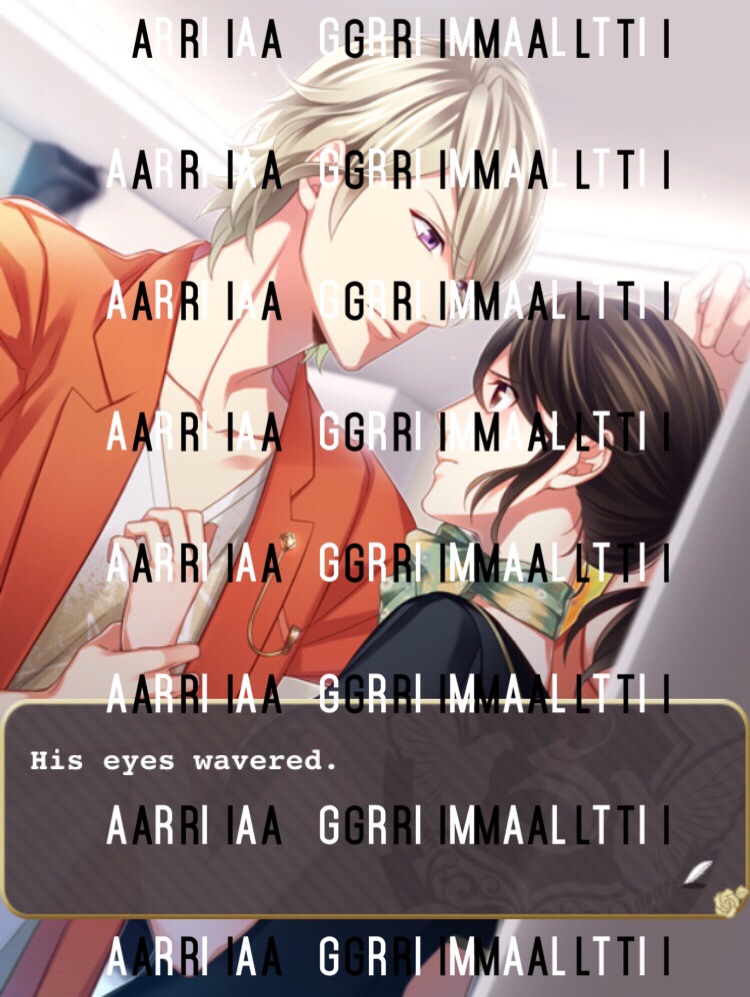 These (with ARIA GRIMALTI written on) are not officially acquiered CGs as they only appeared in the story and not in the Photo Album. You can get them by purchasing the premium clothing (paid with platinum) while playing his route. I guess there was an error and that I was lucky because, during the second play of Shizuka’s route, I didn’t see the CGs with the free clothing (paid with gold) even if that was what I did for the first play.